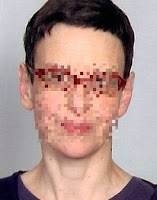 The latest copy of Forced Migration (FMR), a free review published by the Refugee Studies Centre (Oxford) comes with a fresh look on photographs of "poor people": many pictures are edited ("pixellated") so that people's faces cannot be recognised. This is wonderful, because it drives home the point that the dignity and security of every human person must be respected. As the editors put it, "FMR is distributed around the world in print and is freely accessible online. (...) We ourselves have no way to be sure that the people in the photographs could have given truly informed consent for their image to be used by us. Would they have understood that their image might be seen by people all around the world, and that it would live on the virtual world for potentially many, many years?"


I'd wish this laudable move could be made by the public relations (PR) departments of development agencies, which continue to present us with sometimes billboard-sized portraits of nameless strangers "who need your help" or who are doing incredibly well because of the agency that wants your donation. I remember from an earlier job that PR colleagues would take photographs I brought from "the field", and then they'd invent names for some people displayed in the pictures so as to increase "human interest" in fundraising letters. I had asked people whether it was OK to take photographs for our web-site, but I had not asked them whether they wanted to appear under a fake name... How can an organisation possibly aspire to "do good" in the world if it uses people as a commodity, a simple advertisement prop? It is immoral at all times; in conflict situations, it can even be lethal.
Posted by Michaela Raab at 09:14